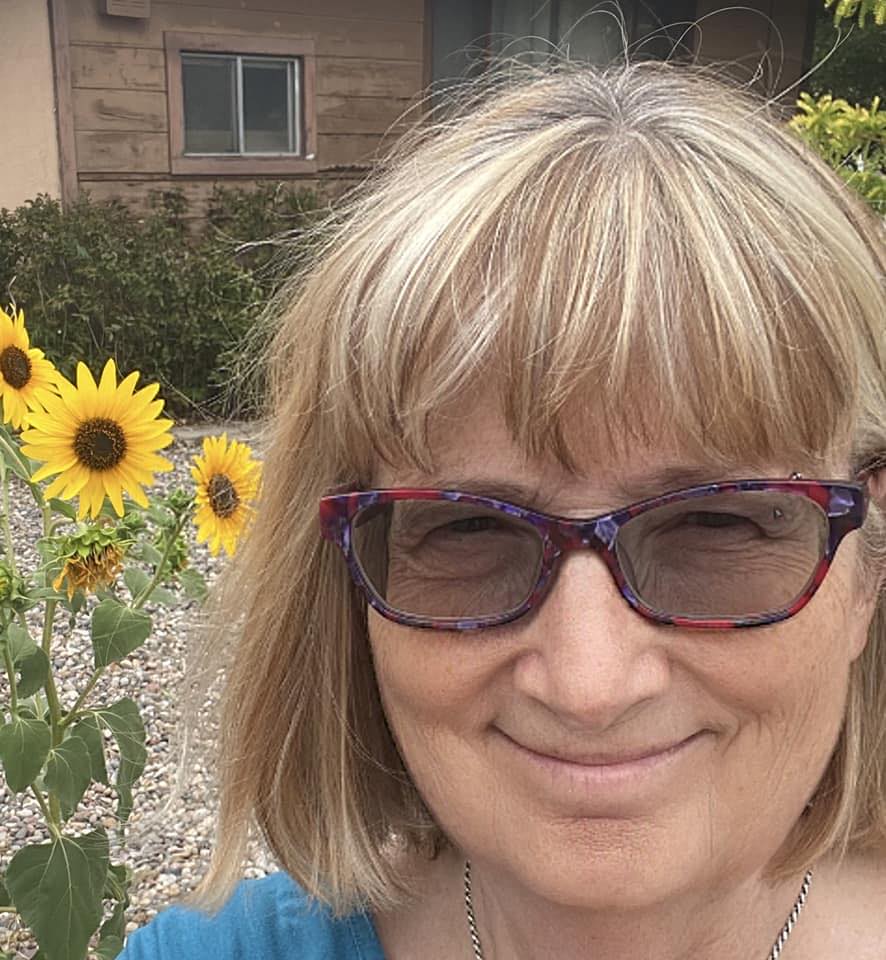 Denise Weaver Ross is an artist, poet, and muralist. She has created five murals in the Albuquerque area, and her poems have been published in anthologies both nationally and internationally. As an artist, she explores her understanding of the world through images richly layered with mythological, natural, cultural, and historical references. For her, the magic happens when disparate images combine to make a new and unexpected image with layers rich with hidden meaning. Denise is known for her large thematic series such as House of Cards, Legendary Creatures, Art of the I Ching, and her newest series, Postcards to America.

In the House of Cards series, she reimagines a deck of cards in 56 large-scale works-on-paper in which spades become bones and fossils; diamonds become stars, heavenly bodies, and constellations; clubs become trees both real and symbolic; and hearts explore her personal experiences in the matters of the heart using Tarot and Egyptian imagery. Her series Legendary Creatures explores worldwide legends and myths from A to Z, and 64 Hexagrams combines symbolic and mythological imagery with the yin and yang lines of the I Ching, the 2,000-year-old Chinese divination system. Denise’s latest series Postcards to America explores events and systemic problems in each of the fifty states, in which the postcard dream of America is in direct conflict with its reality. In these images, she layers idealized images from vintage postcards with images taken from current and historical places and events.

Denise has lived and worked in Albuquerque since 1996. Notable achievements and honors are listed below:

Denise graduated from the University of Massachusetts in Amherst with a Master of Fine Arts degree. She has exhibited in galleries and museums both nationally and internationally. A prolific artist, Denise is also a poet, with poems published in many anthologies as well as in five books of her own art and poetry.