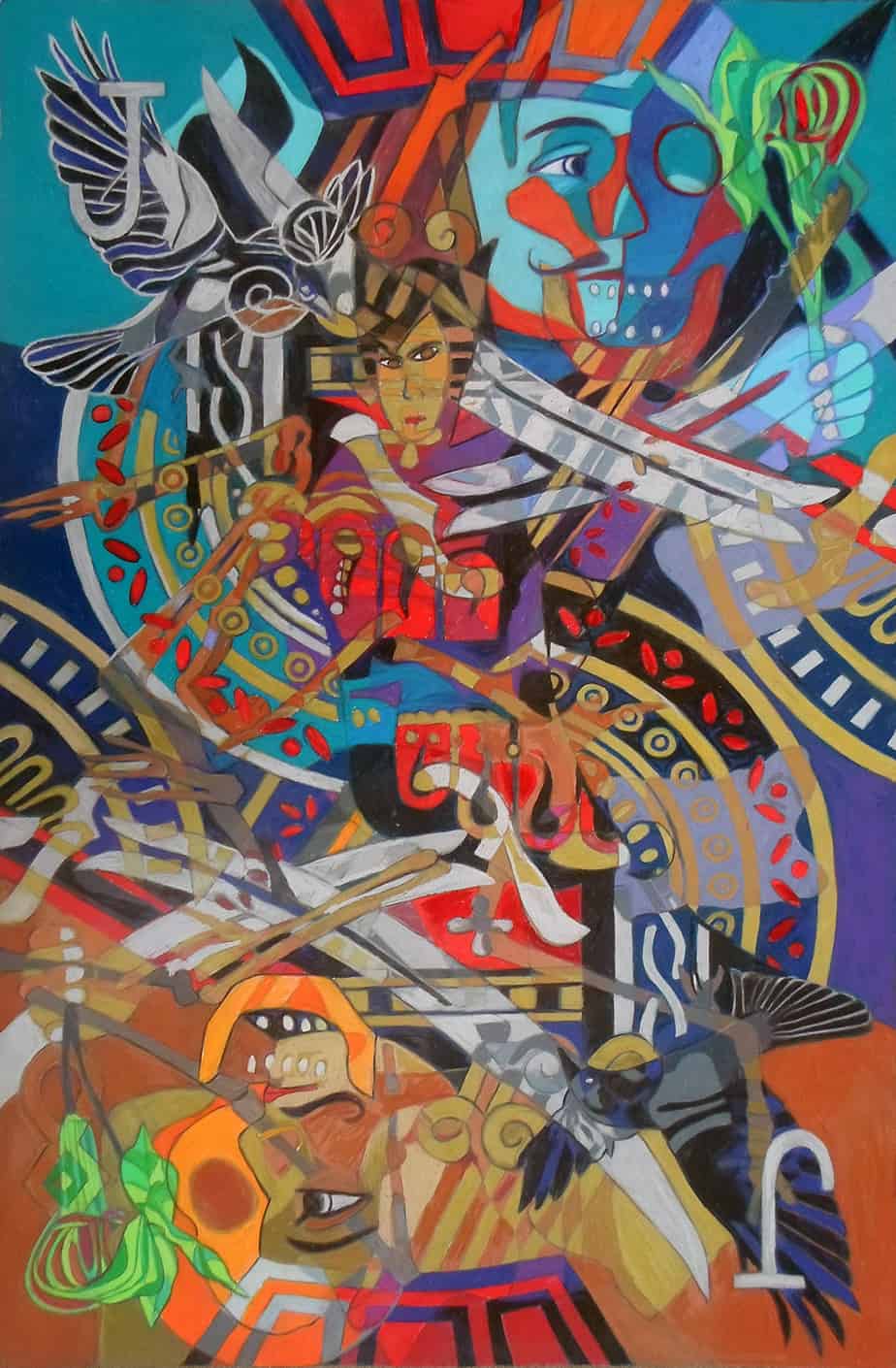 Jack and His Legendary Bones, Mixed media on panel, 40×26-inches

The name Jack is historically a name for the workingman, as in: every man jack, bootjack, lumberjack, Jack tar (a sailor), and Jack and Knave are interchangeable as well. He is often a trickster who outwits his “betters.” The following “Jacks” are portrayed in the artwork.

In the 1700s, there was Jack “Calico Jack” Rackham, the pirate, who is credited with designing the skull and crossbones. He made Port Royal, Jamaica his port, stole a British frigate under the nose of the British, and sailed with the famous female pirates Anne Bonny and Mary Read. His hanged corpse makes a cameo appearance in the beginning of movie, Pirates of the Caribbean.

Spring-Heeled Jack  made mysterious sightings all over England in the early 1800s, wore a black clack cloak and tight clothes – drawings of him at the time remind me of Batman. According to legend, he was capable of amazing leaps and became a figure of folklore and very popular in modern stories as well. I especially liked him in Neal Stephenson’s the Baroque Cycle.

PLANTS / Animal – The Jackdaw, a crow, as well as the distinctive plant “Jack-in-the-Pulpit” and of course the pumpkin as a “Jack ‘O Lantern.”