It’s April and the wind is blowing in Albuquerque. After a quiet and recuperative winter, I’m airborne again with Hexagram paintings arriving en force at Ghostwolf Gallery, several of the House of Cards series paintings (among others) hanging at Slice Parlor, and a new mural picking up steam at the Orpheum Community Hub on the southeast corner of Coal and 2nd downtown. These plus other opportunities are cropping up like the weeds, the wind and rain has planted in my xeriscaped front yard. 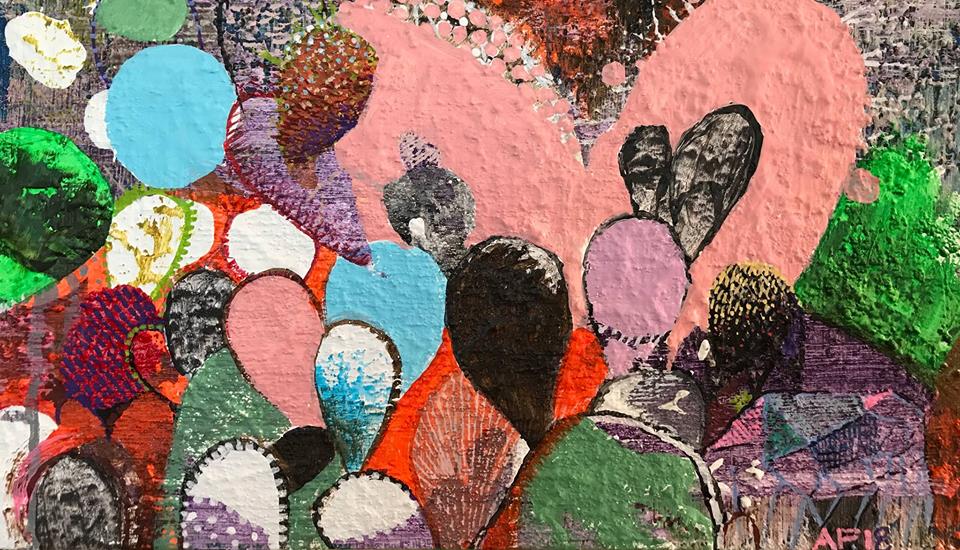 Featuring Artist Andrew Fearnside’s  “Flowering in the Desert,” a selection of expressionist paintings celebrating our community’s strength and lasting diversity. 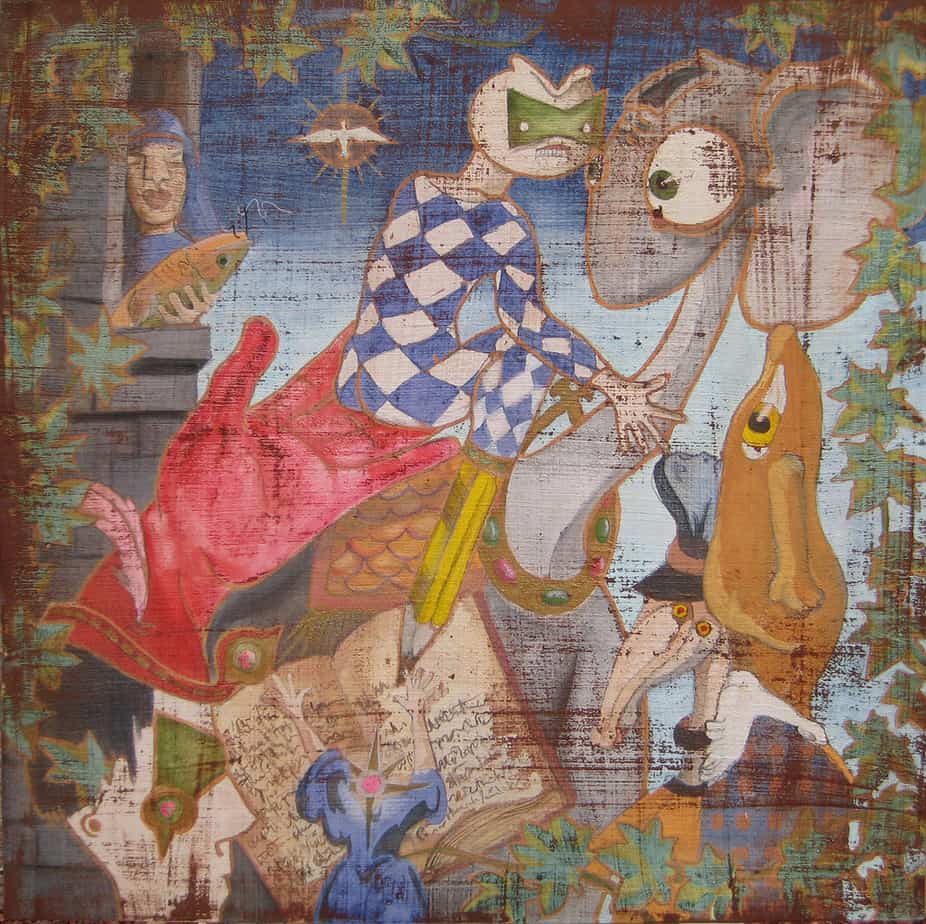 Always challenging us to think beyond the beautiful surfaces of her paintings. Roe LiBretto will be showing a new work entitled “The Fools Journey.”

She introduces it with a personal story in her blog, “More than thirty years ago, I walked away from a job-you’d-kill-to-get and moved to Albuquerque. There was a palpable motivation in me that was similar, I suppose, to what Norwegian lemmings experience. I felt overcrowded in my habitat, and mind, and the vast New Mexico landscape proved a stronger siren than my loved one’s appeals to reason…”

This painting is inspired by the I Ching Hexagram 57: Xun (Penetrating Wind. It represents the invisible forces in our lives which moves us to places that surprise or shock us. Those forces are out of our control, but like great birds, we must learn to ride these tumultuous winds and soar.

Below are other Hexagrams being shown for the first time at Ghostwolf Gallery: 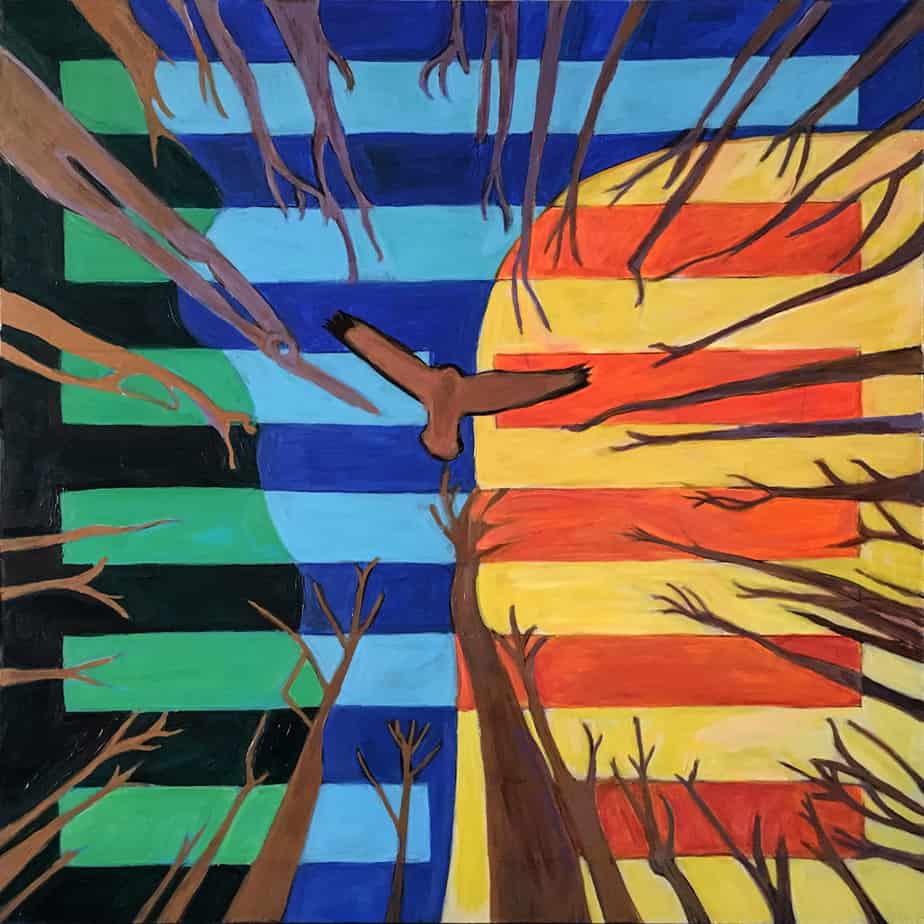 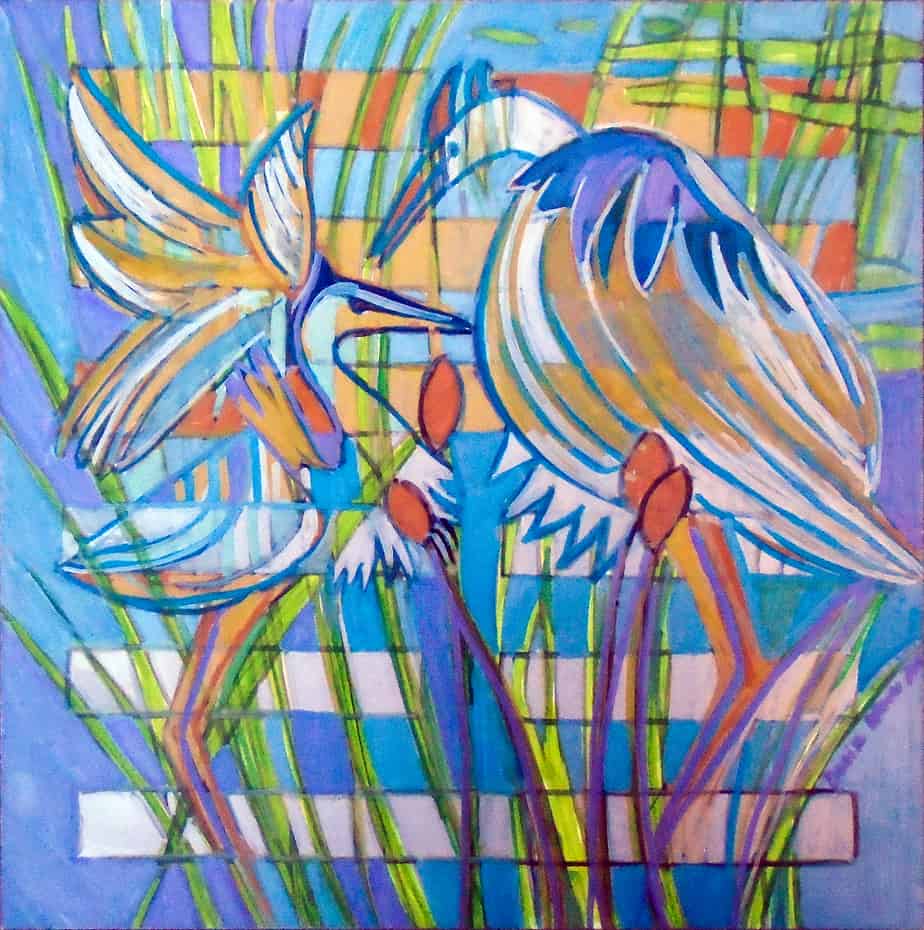 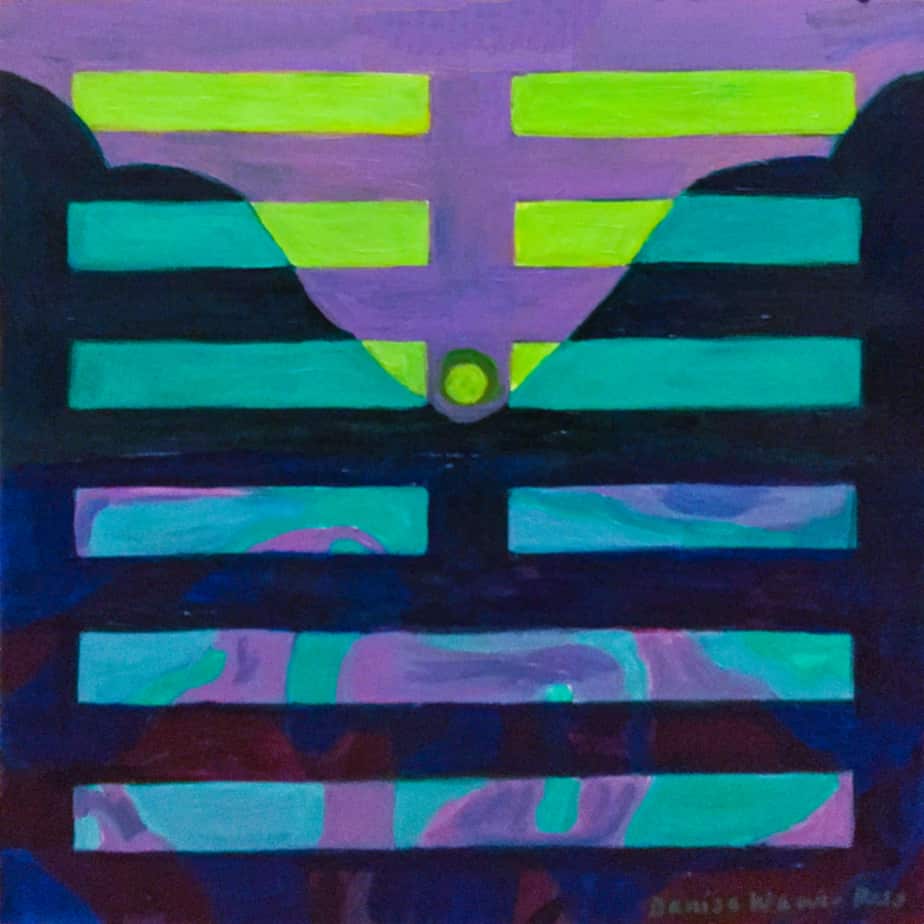 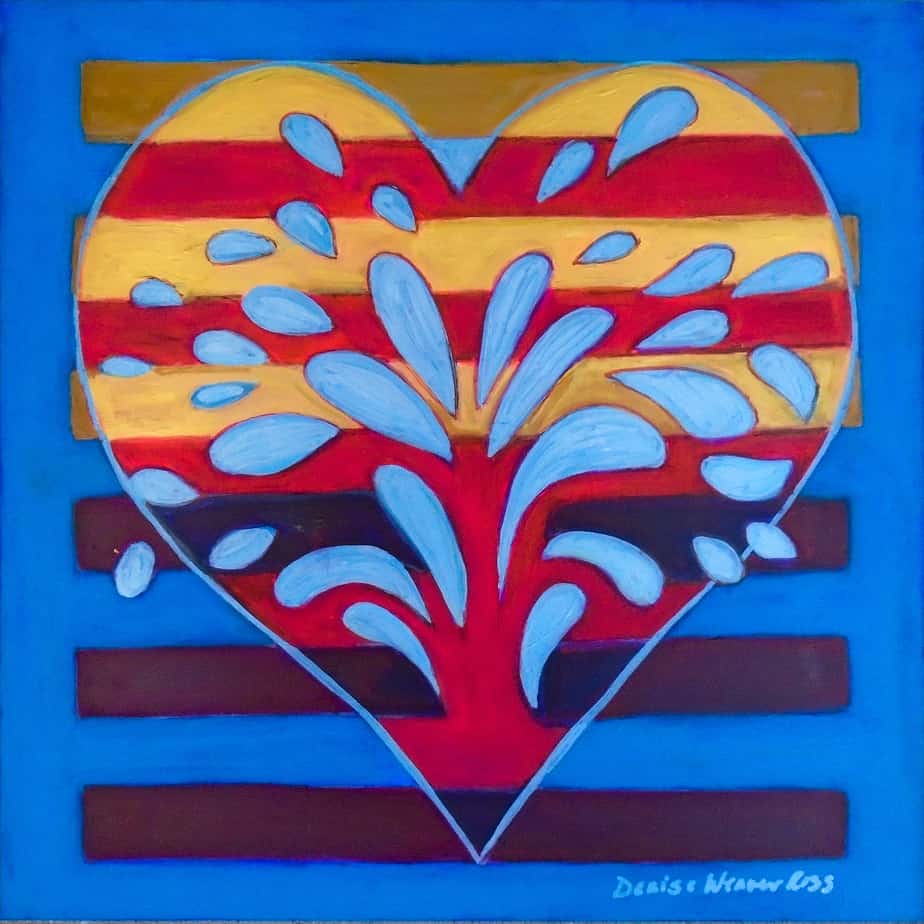 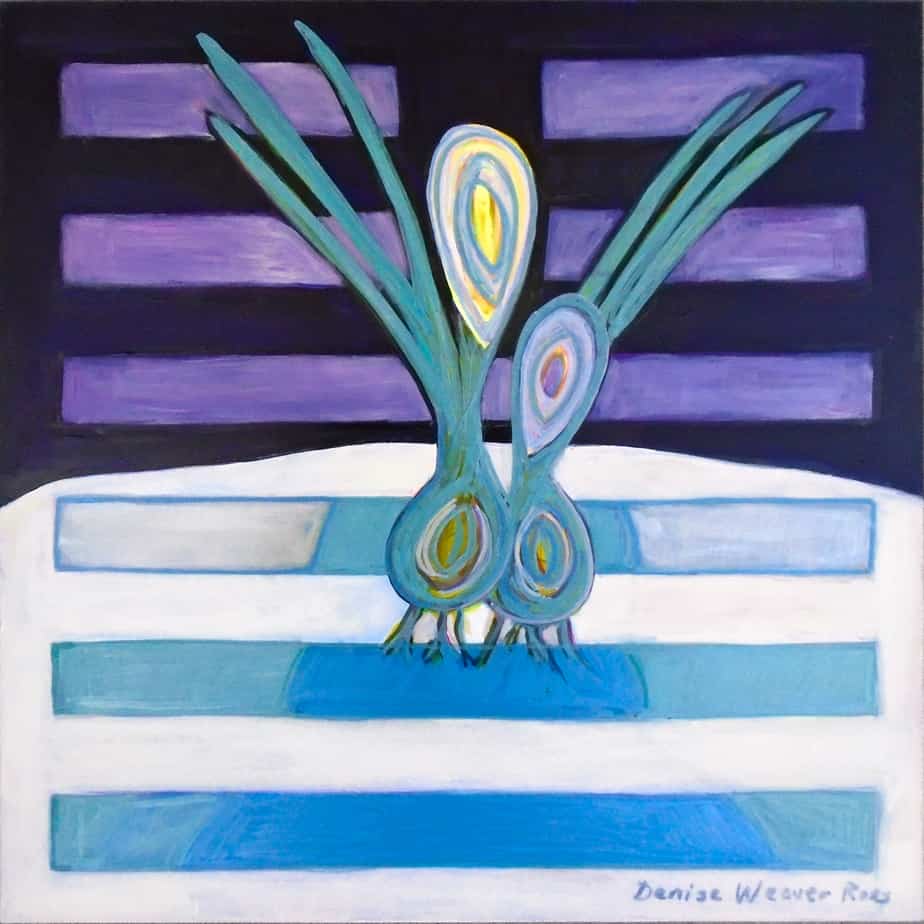 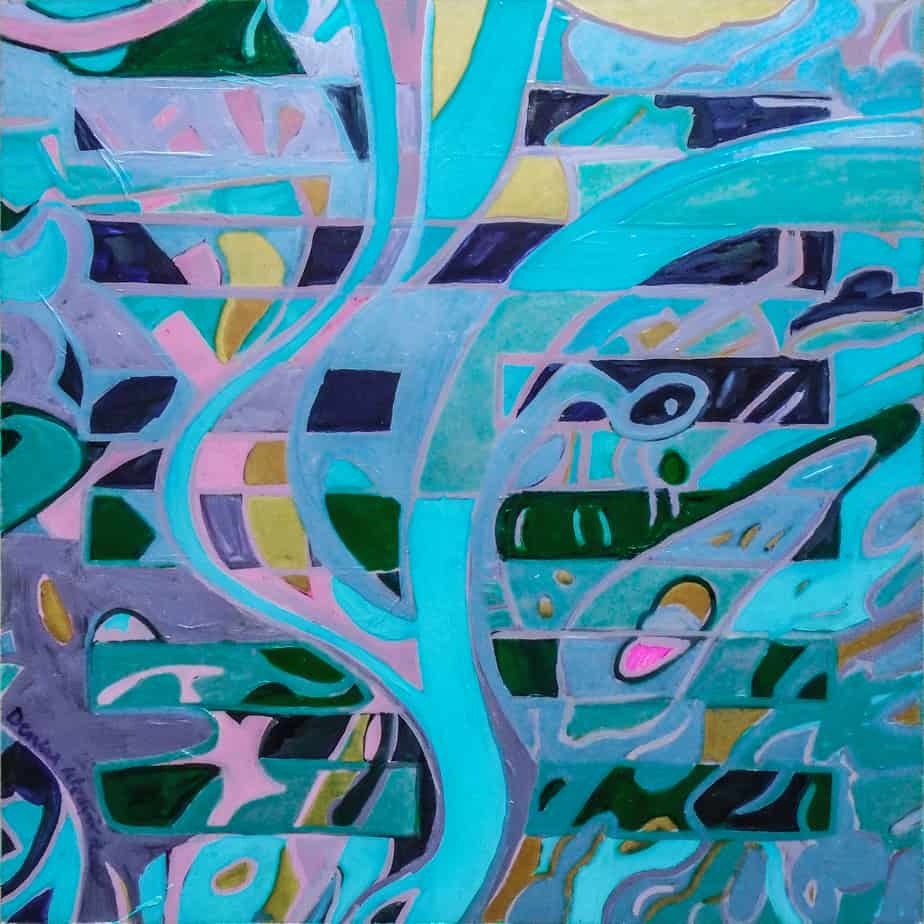 Artist in the House at Slice Parlor Nob Hill
on Thursday, April 11, 8-10pm

I will be hanging out at Slice Parlor for an informal meet the artist event.
Please join me for a brew and a slice and revisit some old favorites from the House of Cards series and even earlier works. 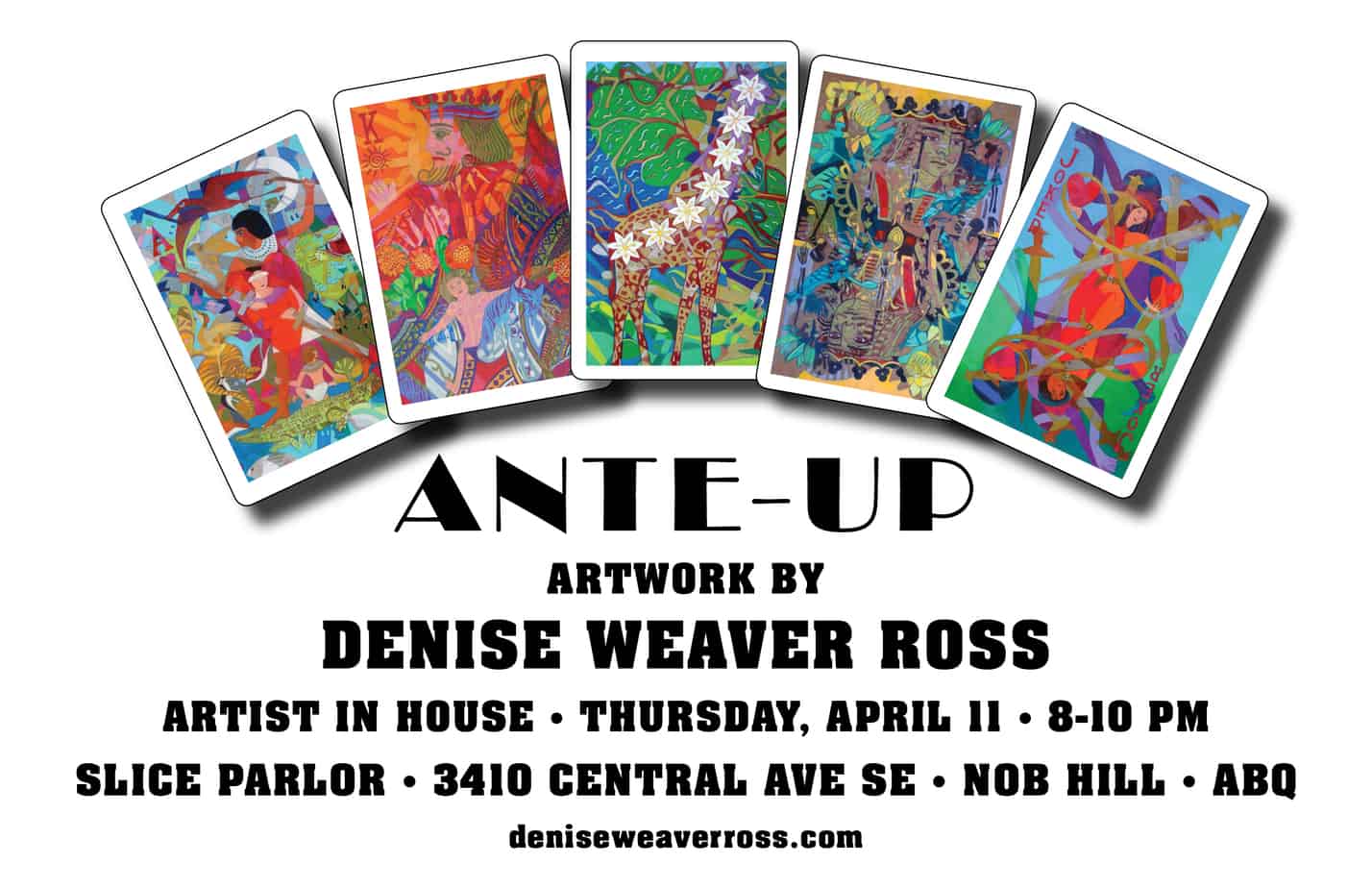 Can You Say Articulated Boom Lift? 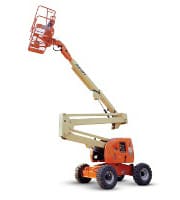 I am so honored to have been selected to be the muralist for the Homewise Orpheum Mural project! This project, partially funded by the City of Albuquerque, is located at the Orpheum Theater building on the southeast corner of Coal Avenue and 2nd Street. I’m pleased that the intrepid Roe LiBretto will be lending me her good sense, painting expertise, and lift-operating skills. Also my youngest son, Nicholas Ross, will take a break from writing novels to lend his muscle, flexibility, and growing artistic skills to this project.

There are many obstacles on the site including a historical marker, traffic lights, and a wall that’s just inches from the bridge over the Railyards on Coal Avenue. Luckily we’ll have use of an articulated boom lift, like the one shown here, to help us get the job done.

Below is the winning design which is already changing due to the different size and placement of windows. However, the overall concept has not changed and I am looking forward to valuable input from the Barelas community to determine what will be depicted in the film reel cells.

The organizing image for this mural is a film reel unfurling across the North face of the building. People traveling up Coal Avenue will view the mural from West to East, in the direction of vehicle traffic. This image allows the artist to portray scenes, important to the life of the community, and to allude to the area’s economic transition from the steam locomotive to the film industry as evidenced by the emerging use of the Railyards as a go-to location for filmmakers.

The film contains images from the culture and history of the Barelas neighborhood. Beginning on the Western end of the mural with a steam locomotive and then moving through images of people important to the neighborhood, Senator Dennis Chávez; Dr. Aragon, the President of New Mexico Highlands University; Rudolfo Anaya, the author of Bless Me Ultimá, to Maclovia Sanchez de Zamora, an herbalist and healer, who worked at the B. Ruppe Drugstore for over 30 years. It then transitions to scenes from traditional community pageants such as the Dance of the Matachines and La Posada, and ends with a visual reference to the windows at the Railyards. As mentioned earlier, we will be seeking input from the residents of the Barelas community as to which images should tell their story.

In the background will be a stylized and impressionistic portrayal of the Rio Grande and the Sandia Mountains as well as a low-rider parked on the banks of the river, representing the car culture associated with life along Route 66.