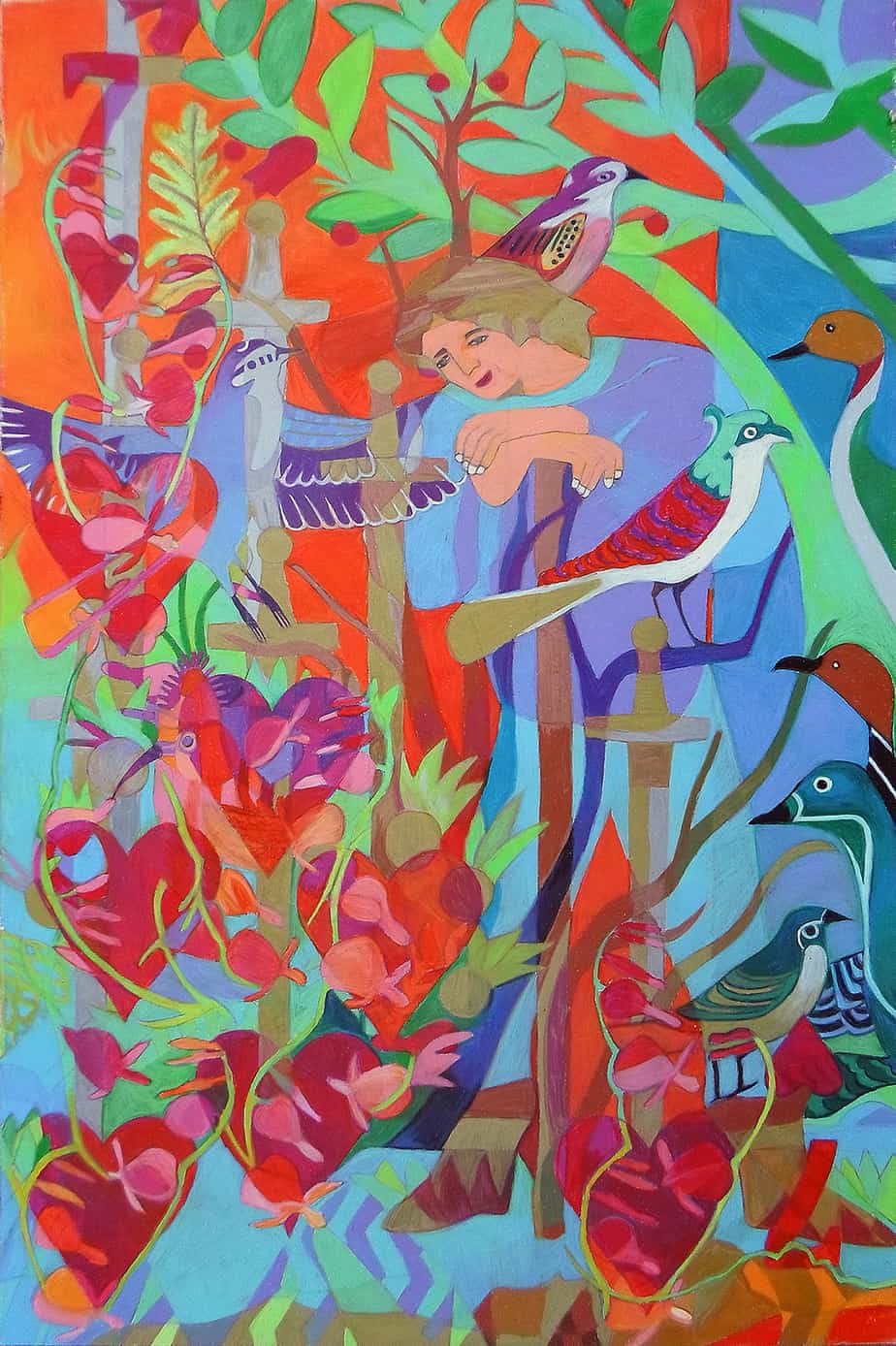 This card was created in honor of my father who was the seventh son of ten children born in 1929 to a family of farmers and artisans. He was an avid gardener all his life, and as a social worker and counselor he spent his life helping others. He was especially devoted to children and the elderly. The background was inspired by a painting of birds in an acacia tree from the middle-kingdom-era Tomb of Khnumhotep III. Superimposed over the background is an image from a Ramses-era painting from Deir el Medina of a man irrigating his fields. I removed the man and used the orange wall and the tree leaning into the painting from the right. The gardener and the arrangement of hearts came from the Seven of Pentacles in the Rider Waite Tarot. The pentacles were transformed into bleeding heart flowers and the gardener became my father, whom I often observed in this pose, leaning meditatively on his spade, shovel or rake, and gazing at the garden. Finally, as in all the Heart Suit paintings, swords pierce through the hearts. In this instance I was thinking about how growth often comes after one’s heart is broken.