Have you ever noticed how many idioms and characters in folklore use the name Jack? I first thought about this when reading The Baroque Cycle by Neal Stephenson. One its main characters, Jack Shaftoe, is an illiterate adventurer of great resourcefulness and charisma, who makes his way through the world and represents “every man.” According to the website phrases.org.uk “Jack appears in more phrases than does any other name. That might be expected as Jack is a colloquial form of John and, for the period in which the majority of these phrases were coined, John was the most common boy’s name amongst English speakers. Jack was the generic name for the common man; a lad, a fellow, a chap, but also with the hint of knave or likeable rogue.” This month Jack and His Legendary Bones, makes his Ghostwolf Gallery debut.

In the House of Card series, I portrayed four Jacks. In the Heart Suit, Jack of Lonely Hearts is the likeable knave who steals your heart and the Fool from the Tarot. In the Tree Suit, Jack Pine is the scruffy survivor of the northern woods, whose cones only open when there’s a fire. In the Star Suit, The Jacks of Jupiter refers to Jupiter the planet or Jupiter, the Roman god (originally Zeus, the Greek god). Since Jupiter and it’s major moons look like marbles, the rest of the Jupiter’s moons (79 and counting) became jacks from the children’s game. Finally in the Bone Suit, Jack and His Legendary Bones plays with the multiple ways the word Jack is used in common speech and folklore. 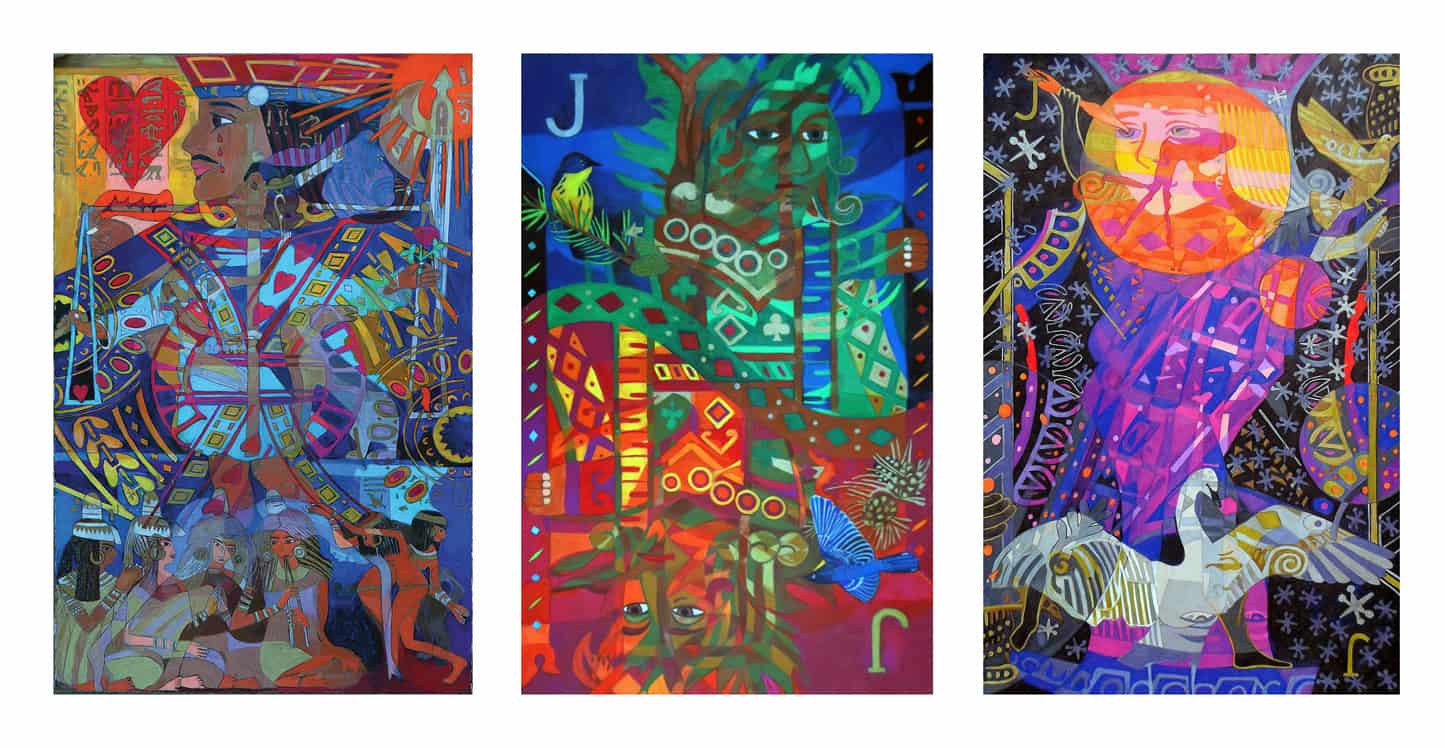 Jack of Lonely Hearts, The Jacks of Jupiter, and Jack Pine, Mixed media on paper, 40×26 inches

Jack and His Legendary Bones, Mixed media on paper, 40×26 inches

Walk and Talk with Artists at Gallery with a Cause

If you missed the reception for The Architecture of Beauty exhibit at the NMCC Gallery with a Cause, here’s another chance to tour this diverse and powerful show. During the Walk and Talk you’ll have the opportunity to discuss content and technique with me and other artists, including Ghostwolf artists Ivana Starcevic and Roe LiBretto.

If you can’t attend the Walk and Talk, you’re welcome to visit the gallery by appointment. Contact Alexandria Hafler at alexandriaH@nmohc.com or call 505.828.3791. A $5 donation for a gallery tour is appreciated.

Gallery with a Cause at the New Mexico Cancer Center
4901 Lang Avenue NE, Albuquerque NM
Walk and Talk: Wednesday, October 30 from 6 to 7:30 pm

Regina Held, the curator for Gallery With A Cause, selected the sixteen artworks I have in the show.
Thirteen are from my I Ching Hexagram series including Heavenly Dragon of Creativity, Love is a Planetary Force, and What the Thunder Said, these three are 30x30x1.5 inches. Remember 40% goes to support cancer patients and can be purchase online HERE. 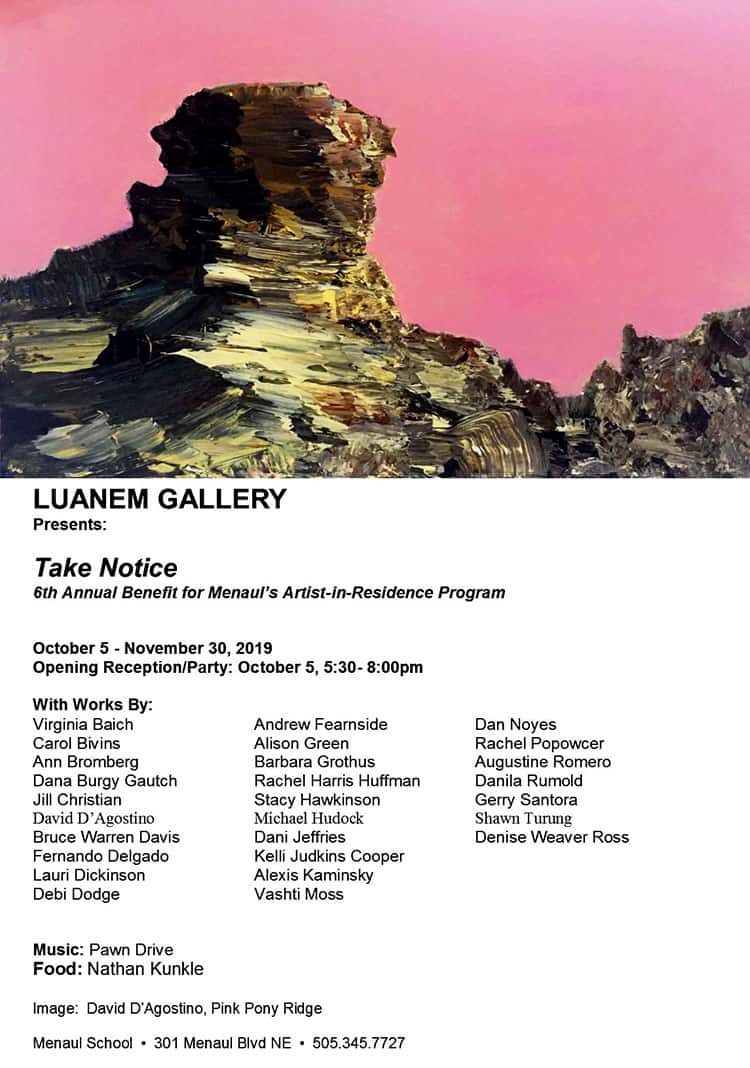 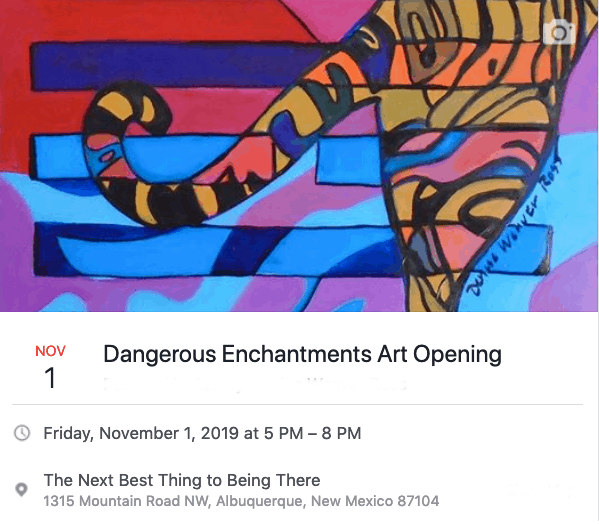